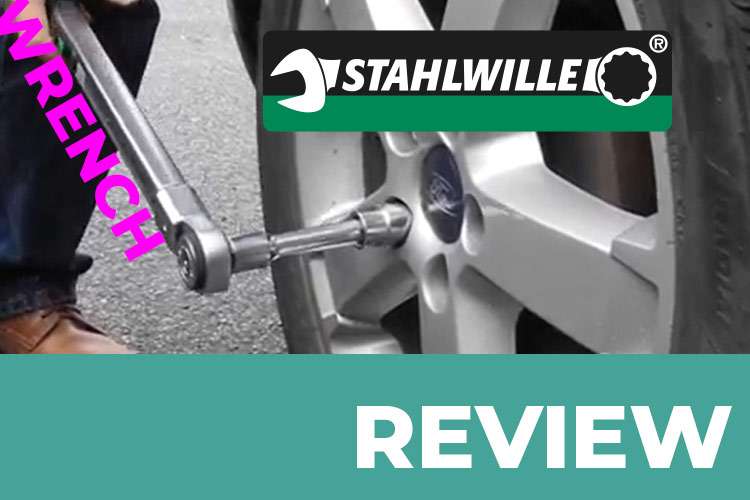 I confess that I only knew of Stahlwille products peripherally because I rarely go into the world of spanners. More recently however, spanners and socketry have become more prominent in my work – it all depends on what jobs come your way I guess.

I had admired the huge Stahlwille presence at the Cologne Hardware Show last year, and was interested to hear about the products they were
developing, but I don’t think I was fully aware of just what the company’s
values and traditions are. But a chance to test one of its torque wrenches gave me the opportunity to look a bit more closely.

The company was founded in 1862 by Eduard Wille and remains a family based concern. At the outset, the company focused on quality, but was also forward thinking enough to realise that quality has several components, including innovative ideas, a team of good workers and investment. It has tried to maintain this outlook and has survived and prospered for over 150 years, so it must have done something right.

The company has also insisted on maintaining production in Germany and has three production plants there. It was one of the first manufacturers to be certified with DIN EN ISO 9002 and later DIN EN ISO 9001 – fine indicators of quality.

But one final statistic might set you thinking – of all the 3.5 billion airline
passengers who flew on aeroplanes worldwide in 2015, the airlines that carried them all relied on Stahlwille tools for daily and other maintenance.

The first torque wrench I ever used belonged to my uncle and it was a
complicated beast whose setting alone was a trial. It needed to be checked and recalibrated quite quickly, and required quite a knack to get accurate results.

Roll on a few years, and the problem is that many applications now are torque sensitive – from electrical installations to automotive and onwards. So, what is needed are reliable torque instruments that are easy to use, recalibrate and are reliable – and in some cases even recordable so they can be checked on for warranty purposes. The Stahlwille Manoskop 730 Quick range consists of ten torque tools that vary in size and capacity. For example, the smallest in the range will deliver on ranges between 6 to 50 Nm while the largest and longest can deliver a range of 130 to 650 Nm. What they all have in common is that they are easy to use, easy to set and reset, and do not require a manual reset to zero.

Start with the Setting…

Perhaps the most crucial part of this tool, the setting, is indeed easy. It took me all of a few seconds to grasp, and therefore a trained mechanic could very easily use several settings on a single job without taking very much time. It certainly saves on the scenarios I have seen, where several torque wrenches have been used to apply different torque settings to a variety of bolts on the same job. On the long length of the side of the wrench is a plastic-outlined window with a green sliding button and a plastic magnifying lens. Clearly marked are two scales in Nm and lb./ft.
The torque indicator mark has a definite V-shaped mark in it that will line up with one of the clear vertical lines indicating the torque settings. I managed to read the scales very well with my glasses on – and the silver background and black scale marks are very visible.

To set the torque simply put your thumb into the handle end of the wrench shaft and you will find a small flat lever. Push this all the way down (if you don’t push it far enough the scale will not move freely) and use the green milled adjuster button to the setting you want. Release the thumb lever and the setting is set – it won’t move.

Although the lever is on the open end of the wrench shaft, it is recessed enough so that it can’t be accidentally pressed or too easily become a victim of the ever-present greasy muck associated with workshops.
There is a rubbery plastic handle sited right on the end of the shaft for easy grip and maximum leverage. I wondered if some users might find it a bit small since my small hands had no trouble covering it.

It would be pointless to have a quick setting torque wrench and not have a similar level of convenience when it comes to changing sockets etc. The Manoskop 730 Quick has a simple oblong socket into which spanner heads and square drives can be slotted. They are easy to release by simply pushing the green plastic button on the end of the shaft. I did have a small query about this arrangement because if
the square drive is inserted ‘upside down’ the button release doesn’t work. Fortunately Stahlwille has provided a little hole where you can
insert a pen/file/whatever to push down the release button. I admit that this might not happen often because the orientation of the wrench is almost always the ‘correct’ way, but mistakes happen. What you can be sure of though, is that the QuickRelease Safety lock, while it is quick, will not release until you do it – it is safely held while working.

Get a Price for this Wrench

There are several accessories that will fit either to the square drives, or straight into the end of the wrench. I tried the wheelnut socket and the spark plug socket on my car. A mechanic friend who gave the wrench a once over could really see the benefits of the ‘Quick’ aspects of the system, in terms of saving time and hassle for a busy mechanic working to deadlines.

He also liked the fact that there was no need for a manual reset to zero on this wrench made possible by STAHLWILLE’s unique triggering cam mechanism. This means the mechanism is not under any load unless a

force is applied, even when it is left set, therefore you do not need to release the tension from the spring, as with conventional torque wrenches. Once it has clicked as the torque is reached, the job is done and the wrench can be moved straight on to the next bolt.

Compared to the other old style torque wrenches I have used, the Stahlwille Manoskop 730 Quick is a more sophisticated wrench, that did
the torque to the required spec with no hassle at all.