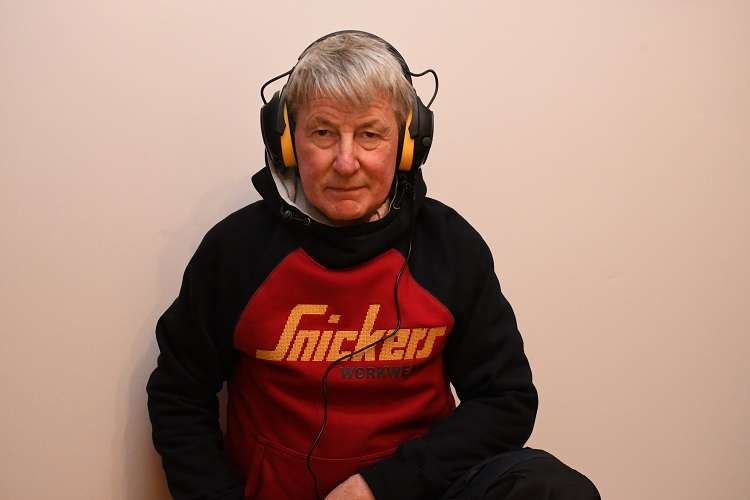 AS I sit at my desk in a quiet country village in Sussex, the loudest sounds I hear are the rooks fighting over a tidbit. Annoying maybe, but not dangerous. Contrast that to the almost incessant noise that many Londoners are routinely exposed to – for example, I hate that ear-piercing scream from the rails on the Northern Line between Euston and Mornington Crescent where even Londoners block their ears to protect themselves.

The truth is that most background noise is fairly harmless, but once we get regularly exposed to noise levels of around 85dB, we should start to take notice. A modern corded tool, like a circular saw or router, emits noise levels around this mark so it is clear that noise levels need to be considered, even for regular DIY-ers.

Then think about the workers on construction sites and in factories where the noise levels are persistent and constant as well as occasionally ‘impulsive’ – the technical term for noise that is so loud that it hurts the ears.

Impulsive and persistent noise at levels much greater than 85dB actually cause hearing cells to break off and die making hearing loss permanent. Being ‘hard of hearing’ is now proven to be a serious cause of social isolation and is even being implicated in the onset of Alzheimer’s, due to its isolating effects. There is also an increased risk of high blood pressure, stress, depression, tinnitus and hyperacusis.

We have known for a long time that exposure to excess noise can cause permanent hearing loss – disco divas, tank crew and artillerymen (to name a few) have all testified to the effects of loud noises on their hearing. What strikes me is that noise has been seen as an occupational hazard and employers have taken a fairly relaxed attitude to it.

In fact, there is no need for workers to suffer excess noise levels because employers and workers have for years had a responsibility to reduce and control noise levels. Regulations from the HSE and EC say so. And the good thing about excess noise is that it is pretty easy to control it and protect workers from it. It is often as simple as choosing and using a good set of ear defenders whenever the noise levels warrant it.

However, it turns out that choosing an appropriate set of ear protectors can be more complicated. So… here goes!

You still want some noise

It would be no good choosing ear protection that cuts off all noise – just so that you don’t hear the excavator that runs you over. Equally, too low a level of protection won’t stop hearing damage in the long term.

Also, ear protectors are highly sophisticated these days –  a quick run through the Hellberg range shows a wide range of options from simple to sophisticated. Hellberg’s more sophisticated products allow workers to communicate with each other via radio when needed as well as listening to Classic FM in the in-between times.

Choice can also be complicated by the wearer too. A beard, glasses or long hair can all affect the efficiency of the protectors and for this reason Hellberg recommends that noise level protection to be aimed at is 75dB rather than 85dB. This allows conversation and communication as well as promoting awareness of other hazards like diggers and dumpers nearby.

Hellberg, now part of the Hultafors Group, sent me a couple of ear protectors to try out.

The first, the Secure 2H, are colour coded with bright yellow bands around the outside of the ear padding. Yellow coded protectors are designed to protect users from noise levels in the 95 to 110dB range. Think electric grinders, big circular saws and slightly quieter forms of motorsports.

I often have music in the background while I am working, and after donning the Secure 2H I could still hear it – mostly the quieted lyrics and a few guitar highlights. At a distance of a couple of metres I could still hear instructions addressed to me in a slightly raised voice. Sudden loud noises were still unexpected, but my ears did not ring. Ringing is a sign that indicates possible temporary harm.

I always expect high quality from European manufacturers and a close examination of these protectors rather proved the point.

The all-important padding around the ears was soft and thick and therefore able to adjust to the contours of the head. It seemed to be fixed in place securely all around the aperture. This foam is often the first casualty of regular use so it needs to be able to be replaced easily – which indeed it can be. Spares are easily available.

The outer parts are made of a rigid black plastic ‘doughnut’ and they are lined on the inside with around 12mm thickness of dense foam for sound insulation.

Also designed for a long working life are the headband and yokes holding the ‘doughnuts’ in place. The head band has a foam pad on the top for comfort and adjustment is achieved by simply pulling each side down a few clicks until you get a close fit over the ears.

The parts exposed to wear and tear, sweat and dirt are all replaceable to ensure a long working life for the protectors.

To test for comfort, I wore them for a few hours as I was preparing some timber for a table I am making. After a time, they warmed up nicely, even in my cold workshop, and were comfortable and effective – the kind of comfort that would make you use them regularly rather than just hang around your neck for appearances only.

The Hellberg 2H Active are rated for the same levels of noise as the basic ones above, but they incorporated speakers, batteries, a jack plug and lead so that you could plug into a mobile phone, radio or MP3 player (I’m showing my age here).

Once again, I couldn’t fault the comfort of the round-ear padding despite the necessary extra weight of the protectors. Two AA batteries are located in one of the solid plastic earpieces and the jack plug in the other. Adjustment to the head is a matter of a few clicks because there is enough cable from the jack plug to ensure snag-free movement. The speakers are of good quality and music from my iPod sounded good – but I could still hear ambient noises and have a conversation.

This is a very short excursion into the Hellberg range of ear protection – it is worthwhile going online to see the full range and choose the solution that suits you. Your hearing may depend on it.