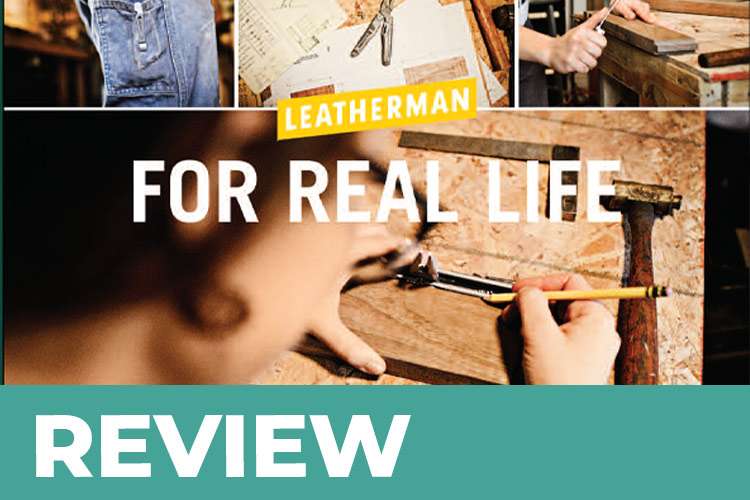 Some multi tools can get beyond themselves in terms of size and complication and I, for one, have got to the stage where sometimes I wish for something that is simpler and perhaps quicker to use. Enter the Leatherman Crunch.

It is quite small – literally compact enough to fit comfortably into a smallish hand. While it feels solid and looks very well made in the Leatherman way, it is also not too heavy, and although it has a nice leather belt pouch, it wouldn’t be too bulky to carry in a trouser pocket. My guess is that the “crunch” part of the name refers to the spring loaded “vice grip” type jaws that are the main feature of this tool.

The jaws are unusual in that only the top jaw is held in a permanent fulcrum – the bottom jaw has to be clicked into the fulcrum provided. I know it sounds strange, but fear not, once its in place it won’t slip out. The fulcrum arrangement is to allow for the whole tool to be folded up into a package just short of three cm wide and ten cm long. This fulcrum arrangement strikes me as quite a clever solution and it really only takes a few seconds to engage the bottom jaw – no longer, in fact, than folding the handles over in the “plier” version of other Leatherman tools. The jaws themselves are forged and then very well finished with mixture of a mirror and matte finish. At the end of the handle that contains the top jaw there is small adjusting screw that is used to adjust the jaws so that they can be used as pliers or locked into place like the handy “vice-grip” tools.

If you look carefully you can also see that there are two sets of cutting edges on the back of the jaws right next to the fulcrum – one for solid wires and one for stripping stranded cables. A thin groove parallel to the milled jaws can be used to hold pins and wires for pulling or pushing and the middle part of the jaws can be used on small nuts and bolts. My guess is that the Crunch will be largely used with these functions in mind – and because
they are so clearly capable, users will be happy to use these alone.

However, there is one remaining handle that has the capacity for some fold out blades to add some extra functionality. These extra bits are again quite limited and not too fancy – but in my view are almost more useful because of that. Five blades can be pulled out –the largest of these is a perilously sharp serrated knife blade. There is also a double-sided file blade with a large slotted screwdriver head on the end and then a couple of other slotted screwdriver heads as well – one medium, one small. The small one has a bottle opener tucked on to the bottom of it. Right in the middle is a Phillips screwdriver function and a tiny round lanyard holder for those who want to attach the tool to something to avoid losing it. A strong spring-loaded catch holds the blades in place while in use but the spring is not so strong that it is a pain to use.

Made in the USA in solid stainless steel, I came to regard the Leatherman Crunch as a very handy pocket tool – it is a case of the more you use it the better you like its compact size and clever design.