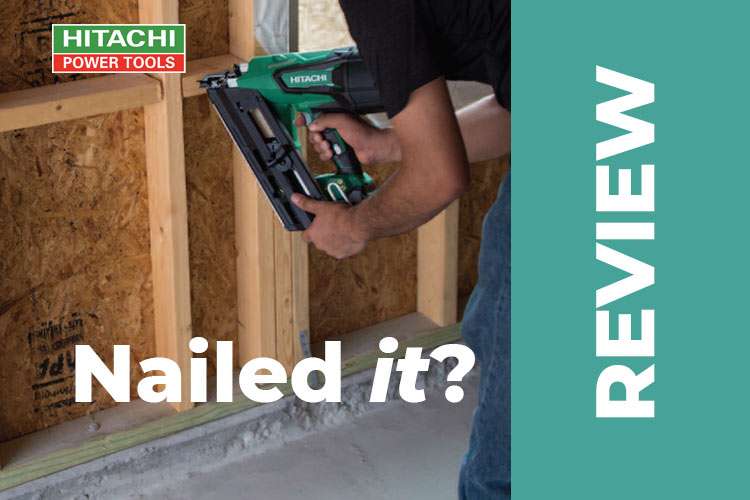 I like using gas nailers – they have the power repeatedly to drive 90mm plus nails into rafters or studwork with the pull of a trigger and a loud bang. Free from the compressor hose or a mains cord, you have the freedom to move around the work as you please. Kept in good nick, they are reliable worksite companions with only the price of gas or nails to complain about occasionally. But wouldn’t it be great to have a battery powered nailer – no gas – just a charger and a couple of batteries to see you though the working day. Wouldn’t that be convenient – or maybe even a game changer?

Price up the Latest Framing Nailer from Hitatchi

In the last few years there have been several attempts by various manufacturers to make a practical battery powered nailer. Some I have tried have suffered with the dreaded lag and flywheel wind up after pulling the trigger, others have been quicker but not powerful enough, and, in truth, none of them have really been good enough to challenge framing nailers, and to be fair, they weren’t marketed as such. In my opinion, the closest anyone has got to a practical 18v cordless nailer is Hitachi with the Hitachi NT1865DBSL straight finish nailer that I tested earlier this year. It was quick – you could fire nails as fast as you could pull the trigger, and it was effective because the straight nails could be up to 65mm long – easily enough capacity for a shop or kitchen fitter.

Building on the experience of the finish nailer, It seems as though Hitachi have launched another good ‘un– the first really effective 18v first fix nailer I have used – so, welcome to Hitachi’s NR 1890DC Cordless Strip Nailer.

From first look, it is clear that this is a framing nailer because the shape, weight and basic design would be very familiar to a gas nailer user. There is the familiar slanted nail magazine, the handle with its trigger, and the large head of the tool that houses the pneumatic piston providing the power to drive the nails. The main difference is that instead of a small battery to provide a spark for the gas, the nailer
uses any of the current 18v Hitachi Li Ion battery packs – from 3Ah to 6Ah.
Although the 3Ah battery helps save a little weight.

I was very keen to try out this tool having seen reports about it from US websites where framing nailers of all kinds are much more widely used, because American houses use lots more timber construction than we do. Going for broke I loaded the longest nails supplied (90mm) into the slanted magazine and prepared to fire into some 100mm square softwood posts – fully expecting that I would be disappointed with the result. I pushed the safety nose into the timber and pulled the trigger and with a big bang very similar to a gas nailer, the nail was driven nearly home into the post. I wasn’t expecting that level of noise, and neither were the kids who were innocently riding their bikes in the carpark of the close where I live. Some sharp intakes of breath from them, and an apology from me, allowed me to carry on and adjust the nail depth via a knurled round nut on the nose and try again – a mere third of a turn extra depth was enough to drive the nail fully flush with the surface of the timber.

I had established that this was indeed a nailer that could easily drive 90mm long ring nails, and risking further sharp intakes of breath from the carpark, I moved the switch into bump fire mode and fired off ten more nails in half as many seconds. The result would have surprised any gas nailer user, because you can literally fire nails as fast as you can place the nailer correctly and pull the trigger.

The implications for nailer users are simple – a space has opened up for a genuine and very effective alternative power source for nailers – gas, mains, and air powered machines now have to look to 18v cordless as the competition. Kit wise this means that the first fix nailer becomes part of your Hitachi cordless kit so you have a standard battery and charger layout and no extra bits of battery or gas energy to remember to pack – or buy.

A feature that give this nailer the confidence to qualify as a fully-fledged first fix nailer is the rafter hook. This is a really effective and robust hook that does the job of hanging the tool from a rafter or folded away in an instant when not needed – it is wide enough and strong enough, and can be mounted to suit left or righthanders.

I find big nailers heavy to use after a while and this Hitachi was no different – but I am sure that other users less troubled with arthritic thumbs will find no difficulty with it. After all, nailing is only part of the job in first fixing. Handling, on the other hand, is very good. It is helped by the design of the handle with its grippy rubber and good thumb position. The tip of the nailer has two sharp gripping points so that angle nailing is easy and confident. Safety is enhanced by electronic programming that automatically switches the nailer off after a certain time. In bump fire mode, if you wait longer than two seconds between nails, the tool won’t fire. Something similar happens in sequential mode.

Having used nearly all the nails I was given to try out, from 50mm to 90mm, I remained as impressed with the performance of the Hitachi as with my first shot. I had no stoppages and even the 5Ah battery pack light showed around half power left after around 350 to 400 nails used. When I used this Hitachi on site for a small fencing job I began to like it even more – it really is a practical and proper nailer independent of gas canisters, compressor lines or mains cords. Try and get a demo soon. 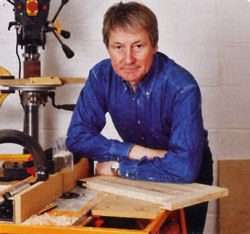 Peter is our in house tool and equipment reviewer. Peter has a background in carpentry with a wealth of experience in DIY and tools of all types. There is no job Peter would not have tried his hand at over the years.

18v Battery2021AbrasivesaccidentsacquisitionAdhesiveAdhesive Reviewadvent calendarAdviceair polutionAir Quality Standards Regulations 2010Alternative to ChemicalsAngle GrinderAny GoodApplicationapprenticeshipsApril WilkersonArgosarticleAution
We use cookies on the TOOLKiT website. To help us remember the stuff you like, so we can help you enjoy more of the same. By clicking “Accept”, you are fine with this and we are good to go.
Cookie settingsACCEPT
Manage consent