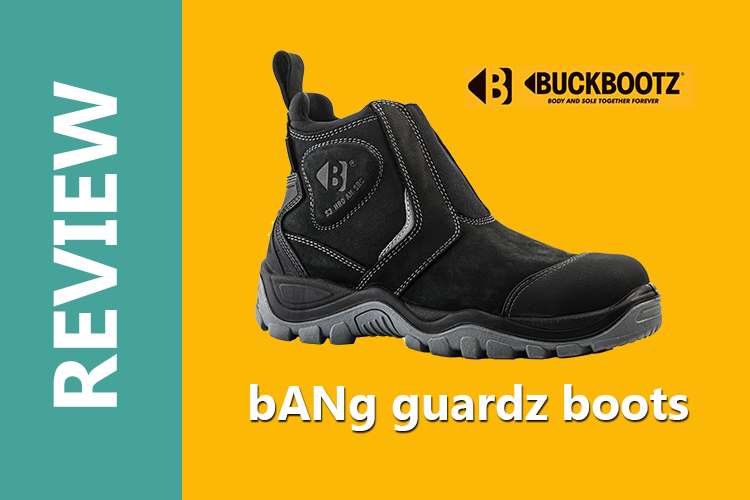 IT has reached the time of year when a good pair of work shoes or boots is needed on the jobsite to keep the winter and the water out. Trainers – safety or otherwise – simply don’t cut it if your feet are in contact with water or mud for any significant part of the day.

I have several pairs of work boots and shoes that are extremely good, safe, protective and weatherproof, but the difficulty I have is that they have secure and sometimes complicated lacing; great for keeping them in place and protecting your ankles but not easy to put on or remove.

My guess is that most workers would be happy enough with laced boots because they don’t need to remove them during the working day. But some, like me, need to have boots or shoes that are easily removable, because we are often in and out of a client’s house and they are rightly fussy about any mess I might leave. This can lead to the two-pairs-of-boots solution being adopted – one pair for outside and one pair for inside. But to make this a practical option the boots have to be able to be removed and put on quickly.

But in the 60s and 70s elastic sided boots were fashionable and a great way to save time. And comfortable too.

So, I suppose it’s a no-brainer to adopt elastic sides or fronts in work boots, but I am sure that the reason they persist on jobsites is because all of the other improvements that companies like Buckler Boots have made to them.

Out of the box, the bANg guardz boots look the business. The uppers are made of a strong black leather, double stitched together for most of it and triple stitched at stress points like the heels where there is going to be a pulling stress to pull the boots on.

They look and feel tough and up to the job and nothing about the boots changed my mind about that after almost two solid weeks of wearing them every day.

The heart and soles

Soles are the basis of a good work boot. The boots are blessed with rubber-type soles that made me stand a good 12 or 15mm taller. They have a well-defined ribbed pattern on them that makes for good grip in mud, but at the same time the pattern is rounded off so that mud tends not to stick to it and is easy to knock off at the end of the day by bashing the two soles together.

As we would expect, the soles have a metal-free protective toe cap and a metal-free anti-penetration mid-sole for protection against dropping or standing on sharp objects. The soles are also heat resistant (the box says 300oC) – and no I didn’t try any firewalking. The leather construction helps to make the boots anti-static and they are also oil-resistant and anti-slip.

You can’t argue with the very strong steel toe cap that forms a high enough protective dome over the ends of your feet that is covered with a braided nylon material that is described as ‘super tough’ by Buckbootz. I would agree with that statement. It is tough stuff, but it needs to be because toe caps are literally at the front-line of foot protection, judging by the amount of wear and tear I see on all my work shoe toe caps.

I donned and removed these boots many times in the weeks I wore them. I learned to use mid-length or knee-high socks that I sometimes folded over – depending on the state of the elastic in the socks!

Ankle height socks often ended up being pulled down by the action of walking, so they became annoying as they had to be pulled up many times.

But the real important bit is how easy is it to get the boots off and on quickly. This is where the elastic front panel, where users would expect to find laces, comes into its own. Simply point your toes down into the top of the boot, push down with your foot and pull up on the big toggle on the heel and your foot will slide in easily and find its comfortable space. It takes seconds.

When removing the boots, it is helpful to trap the heel of one foot with the toe of the other foot and simply lift your foot out. Getting the other boot off risks a muddy toe I’m afraid.

Getting the right size in the first place is the key to ease of use here. It would help a lot to purchase where you can try the boots on for size, because it would be easy to have boots too tight to slide on easily or too loose so that you slop around the worksite with feet that aren’t fully protected because the boots could come off too easily if hooked or pulled. In these Covid times where trying on boots, clothes, etc, is not encouraged, this could be a problem, but I guess extra deliveries is what keeps logistics companies happy.

I have a couple of other pairs of easy-on and easy-off work boots that I like very much. They use different systems for lacing up to keep the boot secure, and I sort of expected to find that the elastic-sided (front) option would feel old-fashioned and a throwback to my Chelsea boots phase.

But I found myself liking them very much. They were everything a good safety boot should be. They were well cushioned inside and also around the ankles for comfort. They felt strong and protective with a sole that allowed mud to be easily removed with a vigorous stamping of the foot or banging together at the end of the day. I didn’t suffer with any water leakage – a decider for me. If I get wet feet, the boots will end up being passed on or junked, depending on the state of them.

Well, roll on winter. I feel a bit more prepared with these boots and I am sure they will cope well with it.

Find out more at: www.buckbootz.com