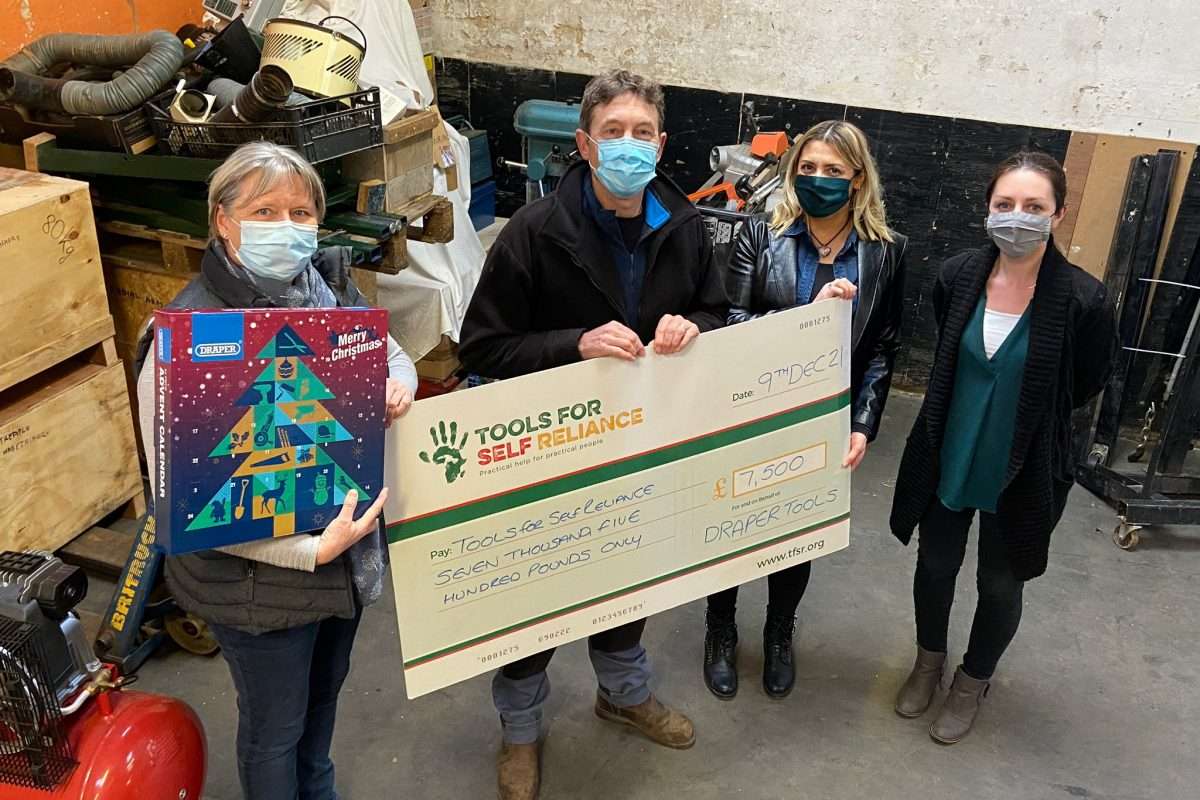 Draper Tools Raises £7k for Charity Tools for Self Reliance

Family run tool firm, Draper Tools, launched its 2021 tool advent calendar earlier this year, featuring 24 doors of tools to open in the countdown to Christmas. With Christmas being the season of goodwill, the company pledged to donate £1 from the sale of every calendar to the charity Tools for Self Reliance. The calendar has been so popular that it raised £7,000, which was recently presented to the charity alongside an additional donation of £500, made in lieu of sending Christmas cards this year.

Draper Tools has a long-standing relationship with its charity partner Tools for Self Reliance. The charity collects and refurbishes hand tools and sewing machines for training projects in Africa, enabling people to learn a trade and earn a sustainable income. Since becoming an official charity partner earlier this year, Draper Tools has been giving its support with fundraisers and tool donations.

Fran Weeks, PR Manager at Draper Tools, said the limited-edition tool advent calendar sold out in a matter of weeks. She added: “Recent times have been tough for so many organisations but especially charities, who’ve faced numerous challenges throughout the pandemic. When the time came to launch our 2021 advent calendar, we all felt it made sense to donate some of the proceeds to our charity partner Tools for Self Reliance, in recognition of the incredible, life-changing work they do. It seems our customers felt the same way – the calendar was snapped up in record time. We’ve been so happy to see the reaction to it and how it’s been helping people countdown to Christmas. We’d like to say a huge thank you to everyone who bought one this year.”

“Tools For Self Reliance couldn’t be happier with the success of the fantastic Drapers Tools advent calendar and would like to say a big thank you on behalf of all the team here in the UK and everyone we work with overseas. The continued support from Draper Tools enables people in Africa to earn an income and support their families and communities – we can’t wait to see what we can do next as a charity partnership.”

Lauren Smits, Fundraising & Events Officer at Tools for Self Reliance

The Draper Tools Advent Calendar 2021 received widespread media attention and was named one of the best in the national press. It even made its TV debut this year when it was featured on Steph’s Packed Lunch on Channel 4. The 24 doors of the calendar open to reveal specially selected tools that make up a 54-piece tool kit. Draper Tools has completely sold out of advent calendars, though any tool lovers keen to get their hands on one may still find a limited number available from local retailers and online sellers.