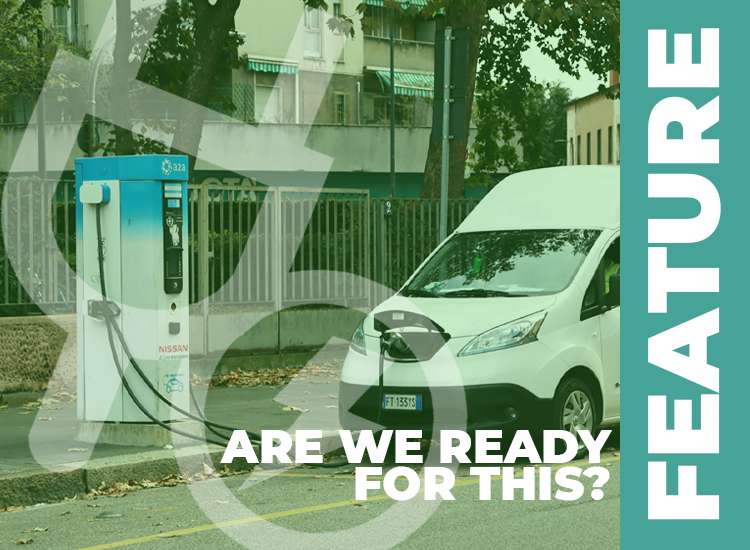 How practical is an electric van right now?

IN a bid to tackle the UK transport sector’s contribution to climate change, the government has declared that, from 2030, new cars and vans powered entirely by petrol or diesel will be banned (though hybrids will be allowed).

Although this has many benefits, it will also bring around lots of change for tradespeople who work from their vans.

It comes as no surprise that major car manufacturers have started turning their attention to developing vehicles using today’s modern electric technology.

In fact, there are already a good number of eclectic vans readily available, with many more companies preparing to launch their new models in the next year or two.

It won’t be long before these silent vehicles start making some real noise in the industry.

Many eco-conscious consumers are loving the idea as these electric vans produce no CO2 or NOx emissions as they drive around, which has the potential to help slow down global warming, and also dramatically improve air quality.

We’re here to take a look into how this major change will affect traders and break the ice on the price.

How much does an electric van cost?

I mean, I’m sure this is the first question that comes to mind.

When this innovation was first introduced, they were novel and rather rare, meaning their price wasn’t a nice sight!

However, as many companies push their advertising efforts in favour of electric vehicles and with the rapid growth of electric car sales, the ability to produce a more affordable alternative has improved slightly.

Although still relatively higher than its diesel counterpart, the cost of running an EV can save you a significant amount over time!

Nowadays, their price tag is competitive with its diesel counterpart and buyers can also take advantage of a government grant which helps subside the price up to 20%, to a maximum of £8,000.

Ok, great. But how much do they cost to run?

This is where electric vans have their benefits. I’m sure you’re aware of the ever-changing petrol prices which can definitely add up, especially if you drive around in your van every day.

If you do take the leap to an electric van, your only running cost will be the price of charging up the battery, which is estimated at around £1.50 from flat to full – you couldn’t even get a takeaway coffee for that!

How far can an electric van travel?

Many manufacturers say that their electric vans can travel around 100 miles on a full charge, but this figure should be taken with a pinch of salt.

Various factors such as the cold, air conditioning or the weight of the vehicle can have an effect on the battery life of your van.

Of course, these are similar considerations that need to be made for a diesel van, but it is much easier to stop at a petrol station and fill up the tank rather than searching for a charging point to charge up the battery.

This does limit the range of the electric vans to shorter journeys, which is perfect for urban areas but probably not best suited to long distance travel.

Although the running costs are less, it will take time to charge up the battery from a suitable source.

Most people choose to charge their vans overnight, ready for the next day – which will usually be outside the home near to an electric supply if you’re lucky enough to have the right equipment.

Otherwise, you will have to organise and plan your charging stops which could disturb your working day. So, it’s safe to say that charging your van is definitely not as convenient as just nipping out to the petrol station!

Although some workplaces are starting to provide charging stations on site, it is not yet widespread. However, manufacturers are in the process of creating fast charging sites as another option to fuel for your van!