TOOLKit Online > Features - General > Where to keep your tools? – demand for UK warehouse space is at an all-time high 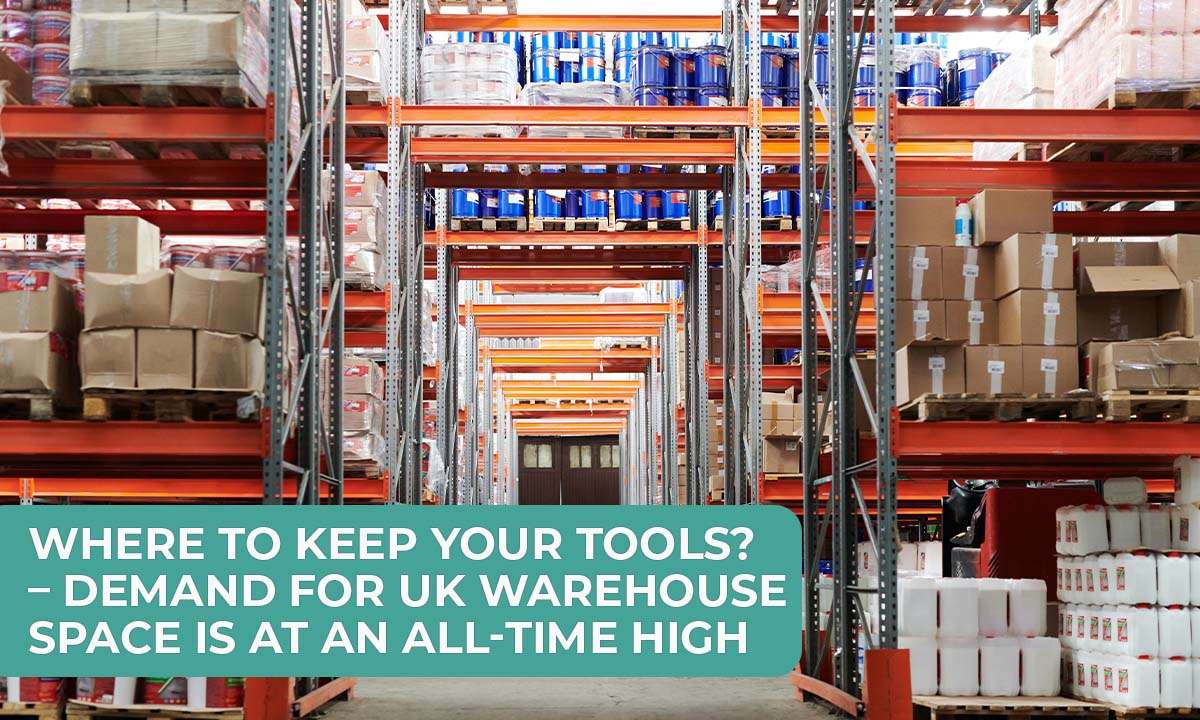 Where to keep your tools? – demand for UK warehouse space is at an all-time high

Anyone who’s tried to rent any kind of storage facility in the last six months will know just how much of a nightmare it’s become: from sky-high prices to warehouses at total capacity, getting some much-need extra space has become a near-impossible task. Tradespeople have been especially affected by these changes, as many rely on these external solutions for safe spaces where they can keep their equipment.

Even though inflation officially hit 9% in April, the UK is still experiencing an online boom. New data from Colliers revealed that take-up and prices for warehouse space have continued to increase despite the return to high streets and pressure on consumer spending.

Stashbee – the UK’s leading peer-to-peer marketplace for self-storage, garages and parking – has commissioned landmark national research to further understand how these market conditions limit the space available to the general public, with a special focus on the transient nature of the past 24 months.

Alongside a sharp rise in property prices throughout the pandemic (which are finally stabilising), the average cost of renting a two-bed flat in London is nearly £600 more expensive than a one-bed property in 2022 – this translates to a staggering 10.9% annual increase.

For many people in the construction industry, this pointed surge only exacerbated an already existent problem: where to keep all the equipment? Considering the astonishing van and tool theft numbers we’re currently seeing, it’s beyond clear that storing your tools in your van overnight is a no-go.

However, not everyone has an extra bedroom, outdoor shed, or even just a cupboard under the stairs, in which they can keep their tools. For these people, self-storage facilities have long been the answer, but with prices going up the way they are, it might be that it quickly becomes impossible to afford a set-up like this.

The report released by Stashbee has revealed that 21% of Brits are in desperate need of extra storage space but cannot afford the rental costs demanded by warehouse storage facilities. For countless people that turn to their second bedroom for storage, the reality is they find themselves “paying” nearly 4 times the equivalent cost of a storage unit in London.

On top of that, the UK’s self-storage sector is enjoying the highest occupancy level on record, at a staggering 82%. This, in turn, is causing average rental rates to soar – that good ol’ vicious cycle. The self-storage industry has seen a 174% spike in prices as demand is at an all-time high, with many renters seeing the cost of their units nearly quadruple during the pandemic.

The result of the increasing cost of space has meant that nearly 4.5 million people have to store personal belongings in more than two properties due to a lack of space in their current living arrangements. In contrast to those who suffer from a lack of space, Stashbee has found that nearly 36% of the nation has excess space in their property that has the potential to be rented out.

Stashbee’s strategy is to address these issues by directly connecting the users that don’t have enough space with those that have some extra and are looking for a passive income. For those looking to downsize their properties to save precious pounds, Stashbee also offers a solution that allows people to store their excess belongings in locations that are both secure and a fraction of the price commanded by spacious properties.

Anthony Paine, co-founder and CEO of Stashbee, comments on the impact the rise in cost for warehouse storage facilities has on Britain:

“The pandemic put a renewed focus on our homes and the spaces we live in, and highlighted more than ever that having enough space to live comfortably is not just desirable, it’s essential for a balanced life.”

“Whilst the UK’s storage industry is growing, we are still well behind many other countries in terms of the amount of storage space available per person. What’s more, most of this space is dominated by a small number of companies, concentrated in clusters that most people can’t access, and it’s costly. There are clear trends to show that people simply don’t have access to the space they need. Meanwhile, there are at least 2.5 billion square feet of unused storage and parking space in this country that could be put to work.”

For many construction workers, this comes as the cherry on top of a pretty bad year of news, so far. How have you been affected by these changes? Will you be looking into different storage solutions now that prices have sky-rocketed?

Get in touch and let us know.