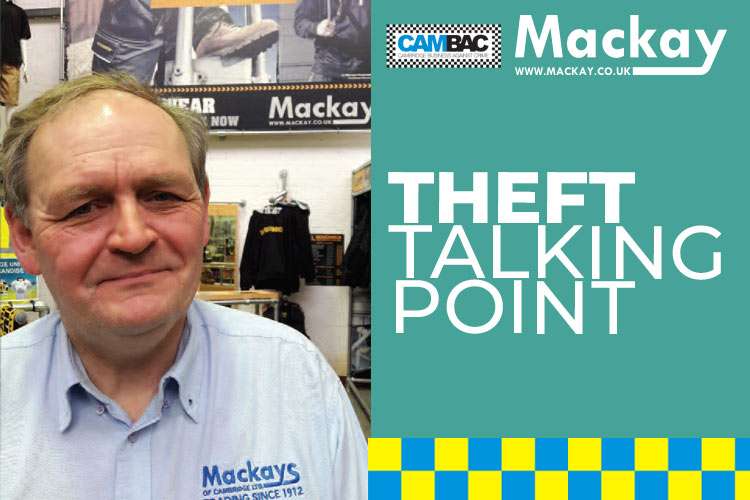 Theft is Theft Let’s Just Call It That

Shop theft has effectively been downgraded by the government to little more than a misdemeanour in the eyes of the law. The police were issued guidance by the government back in 2014 to treat theft from shops below a threshold of £200 as a ‘summary offence’. Now financially hard pressed police forces throughout the country are increasingly using this guidance as a way to justify non attendance, if the value of goods stolen from a shop is below that level. They often justify this by stating that, if forced to prioritise staffing budgets, they concentrate their efforts on violent crimes against the person rather than property. Shop keepers are often seen as the softer option and easier to ignore than home owners. One of the very first questions a shopkeeper will often be asked when they get through to the 101 call centre is ‘what is the value of goods stolen?’, If the value is below the threshold set by that Police force, they will often be told to use an online reporting system to report the crime in order to obtain a crime reference number.

Shop theft is very often referred to by members of the public as a ‘victimless crime’. I regularly hear people say “oh shops just put their prices up to cover the loss”. In these increasingly competitive days of instant price comparison on phones or tablets that is not an option pen to the retailers on our increasingly hard pressed and competitive high Street. The true effect of ‘Shop Theft’ is a significant reduction in the profit available to pay staff, rent and business rates etc. Retailers can expend huge amounts of time and effort squeezing their suppliers for marginal discount improvements, whilst ignoring considerably higher amounts being stolen and leaving uncharged via the front door.

…. I regularly hear people say “oh shops
just put their prices up to cover the loss”.
In these increasingly competitive days of
instant price comparison on phones or
tablets that is not an option open to the
retailers on our increasingly hard
pressed and competitive high street…

Recently I reported a crime of the theft of two Dremel Drill sets valued at over £200, where I had very clear CCTV evidence of the crime. A while later I received a call from an officer informing me they had caught the thief stealing elsewhere and he had been sent to prison for that crime for 48 weeks. It had been decided it was not in the interests of the public purse to prosecute the man for the crime of stealing from my shop, as he would not receive a longer sentence. It was suggested that I could take ‘civil action’ myself. I asked if I could please have his name and address when he is not serving time at her majesty’s pleasure? The response surprised me “ You will have to make an application under the data protection act sir, there will be a £85 charge and we do not guarantee to give you the information you request sir” After the Cambridge news ran the story on the front page I was contacted by the police who once again informed me that he could not give me the details, but as we were members of CAMBAC (Cambridge Business against Crime) and they had a data sharing agreement with that organisation they would provide the information to CAMBAC instead of me. When I received the information I laughed out loud as the address give was ‘NO FIXED ABODE’!!

The public perception is that the criminals who steal from shops are low level minor criminals. That is not the case whatsoever. There is a tsunami wave of organised shop theft sweeping over our country and the government policy is only encouraging that wave to grow exponentially.

I have taken to publishing a rogue’s gallery of criminals we have caught on CCTV stealing. I always cover the face of the criminal with thick lines so they cannot claim I am abusing their human rights. Mind you that didn’t stop our most famous example try googling ‘MAGNET MAN CAMBRIDGE’ and you will see what I mean. Recently my local newspaper (The Cambridge News) published a double page spread of people who had been convicted of serious crimes and sent to prison. I wrote to the editor and suggested that it would be even more useful for them to publish images of people convicted of ‘multiple’ shop theft crimes, as those people are more often than not been given a ‘community service order’ and are still out there on the streets potentially committing crimes. It would assist shop keepers to be able to spot them entering their premises.

If the police are going to be less responsive to cases of shop theft, then retailers are going to have to be given more powers protect their property. There has been talk of a ‘right of entry charter’ giving shop management increase rights when dealing with cases of shop theft. One of the major loss prevention companies has also been developing a computer based awareness course, which people caught stealing are given the option to attend, as an alternative to being taken to court. There is little doubt that all such developments will make a certain amount of difference to the opportunist type of thief but how much it would effect the hardened criminal is hard to say.

It is my view that we must alter the public perception of the crime. I personally only ever refer to it as ‘Shop Theft’. Sadly the crime is often referred to by another term ‘Shoplifting’. That term has been so demeaned in the public consciousness as to hardly be regarded as a crime. I see no good reason to differentiate the crime by using that commonly used term. In my view THEFT is THEFT – it should just be referred to as such and given much higher priority by the police. I do feel that we need to redress the balance in favour of retailers who need to display their goods effectively in order to offer a service to the public. The shop thief of today is potentially the hardened criminal of tomorrow. ‘Prevention’ now is far better than having to ‘cure’ later.