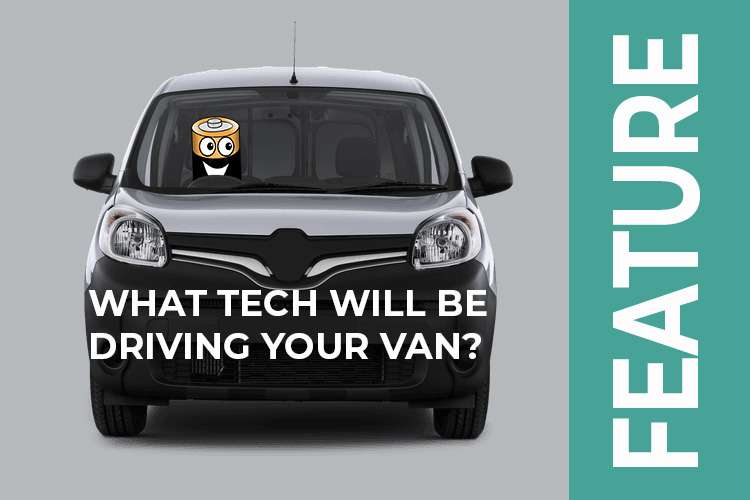 The technology that will be driving powering your van…and excavator

WITH electric vans becoming increasingly popular among tradespeople, we have taken a look into the technology behind this eco-friendly alternative.

Where standard cars and vans usually get their power from petrol or diesel, electric vans are powered directly from a big pack of batteries.

Although there has been steady growth in the popularity of these models, the battery is considered a limiting factor for them not accelerating more (pun intended!).

As governments from across the world combine to put an emphasis on the climate change issue, manufacturers have used advanced technology to trial and test new battery systems with some EV batteries now allowing ranges of 400 miles.

Electric vans rely on a pack which is comprised of thousands of individual Li-ion cells working together. When the car’s charging up, electricity is used to make chemical changes inside its batteries. When it’s on the road, these changes are reversed to produce electricity.

Scientists have been looking into the popular lithium-metal battery as the best technology to store a vehicle’s energy. This is favourable due to the lightweight metal which delivers cells that are packed with energy, keeping your van moving nicely.

However, we haven’t quite hit the nail on the head as of yet – with many research projects unable to produce affordable versions that maintained quality.

The CEO of QuantumScape, Jagdeep Singh, proudly said that stealth Silicon Valley company may have a technology breakthrough and added that VW expects to have the batteries in its cars and trucks by 2025, hopefully leading to a huge surge in demand for these eco-friendly vehicle options.

It comes as many companies continue to explore the idea of a solid-state technology to construct their innovative battery efforts, as it’s proven to improve the safety and increase the energy density, but it looks as though creating a suitable battery that would work in electric vans is still far off.

Could your driving range improve?

These new batteries are able to charge up to 80% capacity in less than 15 minutes, as well as retaining more than 80% of their capacity over 800 charging cycles. This equates to around 240,000 miles of driving!

The company in question has said that their new battery invention is designed to achieve ranges that could exceed that of standard lithium-ion battery-based vehicles.

How does it work?

Electric cars use a standard lithium-ion battery where one of the two electrodes (the anode) is mostly made from graphite, which easily stores the lithium ions that shuttle back and forth through the battery.

In a lithium-metal battery, that anode is actually made from lithium – which means that every electron can be storing energy, leading to an improved energy density potential.

However, a new innovation from QuantunScape was focused on the development of a solid-state ceramic electrolyte.

This new design helps suppress the formation of dendrites whilst still allowing lithium ions to pass back and forth, making for a much safer battery option than the ones on the market today.