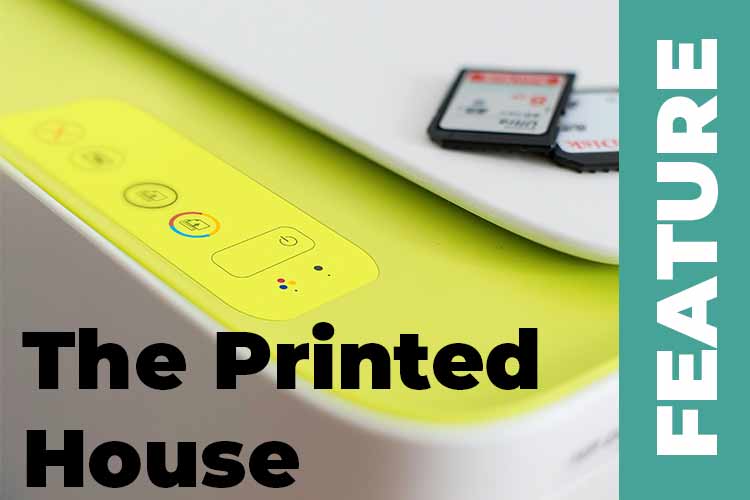 The futuristic world of 3D printing in construction relies on robotic arms automatically squeezing layers of materials onto a foundation to build a structure.

3D printing has shot to fame over the past decade and rightly so. It was initially developed for creating product prototypes but has quickly become a key player in many different industries.

The approach to construction is still very niche, and there’s only a handful of 3D printed houses in the world. However, it’s an exciting prospect that could potentially change the way we build.

We’re here to discuss what 3D printing looks like for construction companies, and if you will be working with this tech sooner than you think…

What is 3D printing in construction?

3D printing in construction usually refers to the use of a 3D printer which is attached to a robotic arm that builds a project on site, but it can also involve printers in a factory that create individual components, which are then assembled later on in the process.

Funnily enough, 3D printing is not a new thing. In fact, it’s been around since the 1980’s, but has recently gained traction as technology continues to develop and improve.

They act very similar to the printer you probably have at home, in the sense that a software tells the printer what to print (e.g., the dimensions of the product).

Once the printer has a plan, it then layers the relevant materials together to create the concept. They usually combine a range of liquid metals, plastics and cement to form a structure.

3D printing in construction relies on a CAD or BIM software programme that essentially tells the printer what to print.

How will 3d printing benefit the construction industry?

As more and more construction firms turn to this technology, let’s look at how it can benefit them…

Did you know that construction industry worldwide wastes more than 1 billion tonnes every year? And this figure is expected to double by 2025.

Most of this wate comes from demolition but building sites are a wasteful environment too – with many firms ordering larger than needed quantities, leaving an expensive and inefficient pile of waste.

Whilst it can’t solve all of the industries waste problems, it can certainly help. 3D printing has potential to cut the construction waste to almost zero – as the printer only uses the material needed to print the structure, and nothing more.

3D printers don’t need sleep. They can work 24/7, meaning construction firms can get their projects completed much quicker. They could also eliminate some labour costs too, as this tech-savvy machine can take on multiple roles at once.

One of the best things about 3D printers is the design freedom that it offers. They have the ability to produce very complex and unusual designs that are otherwise unattainable, or at least far too expensive. Due to their process of layering up materials, they can be set to create unusual shapes which humas may not physically be able to do.

What’s next for this technology?

3D printing is continuing to grow in popularity, and its emergence in the construction industry is ongoing. However, it is being favoured by certain building aspects more than others, with the most obvious being concrete.

3D printing has taken the concrete industry by storm and is estimated to be worth a whopping $56.4 million in 2021. This surge in demand is because of the new, innovative projects that are popping up within construction.

3D printing concrete is very popular and used on a variety of sites across the world, but it’s important to note that this technology is still in its infancy. The majority of 3D printers that are available in today’s market are still being trailed and tested, and some aren’t design for these advanced manufacturing purposes just yet.

However, there is definitely potential for these 3D printers to take over the construction industry offering a more affordable, and more environmentally friendly way of building.