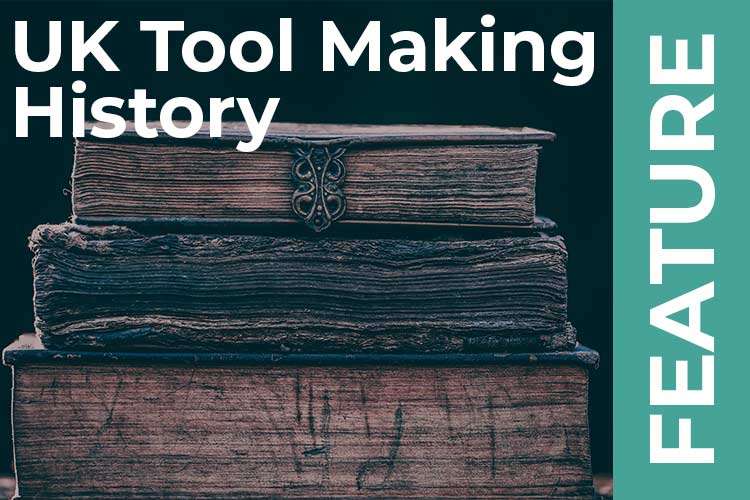 The History Of Tool Making

Hand tools have been around longer than humans – seriously.

But it was the presence of iron and steel that really took this industry to the next level, and to the one that we recognise today.

Being closely associated with steel, Sheffield has always played a major part in the Uk’s history of tool making and was where the tool trade really started to take off.

Way back in the 14th Century, Sheffield was famous for its’ knife production, and up to the 17th Century this continued to be their main focus.

Although steel wasn’t only available in Sheffield, it certainly had an established reputation with the trade, and this meant that once steel tools were a thing – the city had everything in place to really seize the manufacturing opportunity.

Crucible steel was what really set Sheffield apart. The specialist material was invented by Benjamin Huntsman in 1740 and proved to be an instant success. In just about 100 years, the city went from producing 200 tonnes of steel per year to 80,000 tonnes. And then in 1856, Henry Bessemer created a converter process that made production of hard, durable steel at a mass scale much more accessible. Soon after, steel was widely available and distributed to workshops across the UK – especially those looking to hand craft tools.

What is the maker’s mark?

Nowadays, all tools on the market have some kind of brand logo on them.

But one main difference from the modern tools we know and love, and their older counterparts is the marker’s mark. Any tool collectors will of course know this already, but each tool would have a very specific mark left on them by the prodded workshop before it left. Before the world of digital advertising came int play, leaving your name and often address of your workshop was a sign of reputation and quality.

In today’s market some of the most expensive power tools are actually manufactured in China, bearing a UK based brands logo – falsely misguiding the end consumer. However, the same happened in Victorian times too. The workshops would easily refer their mark to a non-existent company in a more desired area, to distance themselves from lower quality lines.

So, what happened next in the history of tool making?

As the quality of steel and other sought-after materials improved, tools started to take shape as we recognise them today. The creation of the roller pressed steel made the process of manufacturing tools much faster and neater.

Hand saws benefited the most from the breakthrough, as workshops were able to design them in a way that was long enough, whilst also being rigid enough, to saw through durable materials at pace.

Many old folks will have probably started as an apprentice, especially those as a carpenter – and you may remember being asked to resharpen the traditional handsaws?

When the trade and tool industry in the UK was booming, America was one of the largest importers of British-made hand tools. However, this didn’t last long and shortly after, America started to produce its own tools. The best part about it… they began exporting their tools back to the UK!

Things were still looking goof for the UK as steel advancements kept coming and Sheffield was producing an obscurer amount! However, as with everything, cheap imports from abroad meant that Britain seen a sharp decline in tool manufacturing.

Although many would say that the great days of British tool manufacturing are gone, there are still many smaller companies and workshops making hand tools the traditional way.

Let’s take a look at them…

Thomas Flinn and Co – A company that manufactures an extensive range of quality saws, and by no surprise at all are based in the heart of Sheffield! a whole range of quality. They stated that they “proud to be standing as the UK’s only remaining traditional saw manufacturer”.  It’s worth checking them out as they also offer a huge variety of other tools too, most of which are produced in their Sheffield workshop.

Thomas Meldrum Limited , who were founded in 1921, are also based in Sheffield. They are known for their “Melco” range of tools and equipment, in particular their offerings in the car and motorcycle industry. Another company worth checking out as 99% of their tools are still also produced in their hometown of Sheffield – http://www.thomasmeldrumltd.co.uk

Sheffield Spirit Levels are another British made tool manufacturer, specialising in… spirit levels (what a surprise!). Their website says that “All our levels come with the stamp of quality you’ve come to expect from products that are designed and hand-manufactured in Sheffield” what a great way to acknowledge the history of this wonderful city! Check out their handy tools at https://www.sheffieldspiritlevels.co.uk