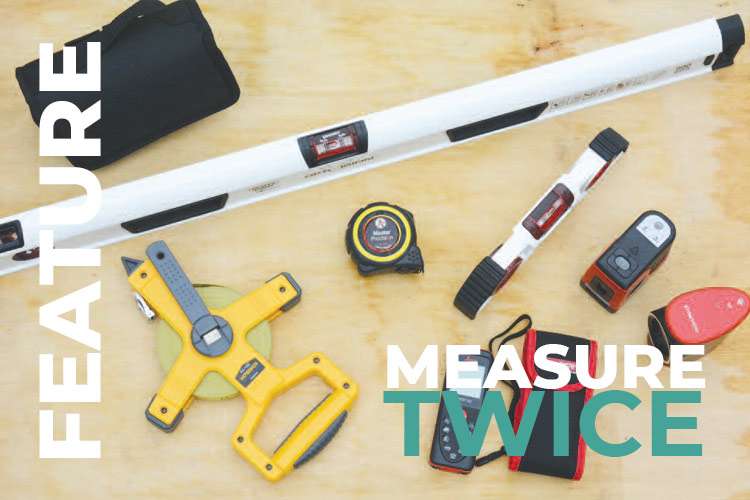 Do you still need a tape measure?

Look back just 20 years and compare how we used to do measuring, marking and levelling, and you will see quite a few differences – but also quite a few things that haven’t changed that much. The humble tape measure is still a required piece of kit for most trades and I couldn’t manage without one. But we have all got used to 5m- and 8m-long steel tapes with a long standout and millimetre accuracy in a rugged plastic casing and a tape lock that actually works. Compare these to the old fabric tapes – for anything over 3 metres – that had to be wound up by hand and were perhaps a little stretchy for complete accuracy, and we can realise that things weren’t always that good in the old days.

Lasers – the way to go

Perhaps the biggest innovation in measuring, marking and levelling has been the introduction of laser technology. Essentially an offshoot of space and even weapon research, lasers are concentrated beams of light that do not spread out like the beam of a torch, but maintain a concentrated linear beam. The first lasers were quite costly and the investment in laser levels, etc, only made economic sense for regular users. But, as usual, widespread adoption, mass manufacturing and lapsing patents has made the cost of a half-decent laser rotating level come well within the budget of
individual trades. These laser levels are easy to understand and operate and are perfectly accurate enough for the tasks they are set. Users don’t need a degree in maths or physics, but a passing
knowledge of Pythagoras’ Theorem still doesn’t go amiss!

We are already well into another generation of green lasers – apparently easier to see indoors as well as being slightly more focused for greater accuracy. And, of course, more expensive, too. The self-levelling laser has been the thing that has made my work much easier – for anything from determining the levels for kitchen cabinets and tiles, to hanging pictures for particularly pernickety clients. For verticals and horizontals my Leica Lino has done sterling work, and it has a lock as well, so determining the line for a staircase rail is a simple matter of projecting the laser onto the wall at the correct
angle. The line even goes over obstacles – try that with a chalk line! Some laser levels now include a vertical pin dot as well, making a plumb bob something that you only see on one of those ‘Building in the Wilds’ TV programmes on the far reaches of the Freeview list.

Lasers have also been incorporated into bubble levels. The lasers project from the ends making it possible for a colleague to mark a level at some distance and the level itself often has a ‘beep’ function that warns you if you are out of level. Flex Power Tools has a few of these which I’ve tried, and they are worth a look.

I came across my old laser tiling marker the other day and realised that it was the first laser tool I owned that really made the job quicker and easier. I used it to lay floor and wall tiles by establishing the all-important first lines of tiles at right angles to each other. Setting out was such a doddle and laying the tiles to a line of light was easy compared to using a string or a pencil line.

But I reserve most admiration for the laser measure. When they were first introduced about 20 years ago they were nearly the size and weight of a half brick with simple functions that stretched to width, length, height and volume calculations. They were indeed accurate and easy to use, but were expensive, so were largely the preserve of surveyors and estimators, and perhaps upmarket
estate agents.

Superb laser measures from the likes of Flex and Leica are now available at a fraction of the cost and size. Most trades could get by with a laser measure about the size of a packet of fags (and probably costing only 5 times more) that has more functions than they could ever use. Go up a few price points and the more sophisticated and expensive ones use Bluetooth to download their plotted points to a smartphone or laptop (or indeed straight to the office via mobile data) where a skilled user can effectively draw up a 3D version of the measured space. Distance measuring of roof angles and heights is equally simple, so long as the measure is mounted on a tripod for accuracy. I proved the accuracy of my pocket-sized laser measure when I was replacing some skirting recently. I was struggling to use a tape measure to get over some obstacles and behind a bed, but managed to get a reading by using the laser, and it proved to be pinpoint accurate. This was the point where I abandoned my tape measure for the rest of the job.

Builders’ rotating levels like the ones from Leica and Hilti are superb instruments because they are not only easier to use, but the lasers are so well protected that they can withstand a fall from the tripod onto a hard surface. The best of all worlds – until the next innovation!

I have no doubt that lasers will develop even further quite quickly. Many readers will have seen on TV the rotating laser scanners used to map out 3D screen versions of caves and ruins, enabling historians, archaeologists and the like to develop accurate pictures that help their research. There already exists the laser technology that allows the CrossRail Project to match up tunnels coming from opposite directions to within a few centimetres – just downsize that technology a few notches in complexity and price, and trades will have no excuses when the kit required for super accurate measuring, laying out and levelling arrives at their local builders’ merchant. PS – just seen a combined laser/tape measure on a US site. Don’t quite know how useful it might be because there seem to be some doubts of its accuracy over 3 or 4m. But I guess someone might find it very useful! 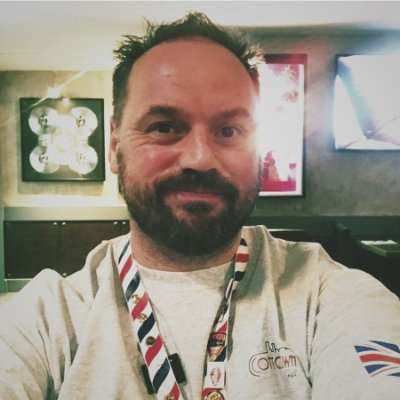 ClothingCraig PhillipsDraper ToolsfeatureFeinhealth and safetyHSEPower ToolsPPEProfessional ToolsPro ToolsPro Tools ReviewreviewSafetySnickersTOOLKiTTOOLKiT ReviewTOOLKiT ReviewsTool Reviewworkwear
We use cookies on the TOOLKiT website. To help us remember the stuff you like, so we can help you enjoy more of the same. By clicking “Accept”, you are fine with this and we are good to go.
Cookie settingsACCEPT
Manage consent