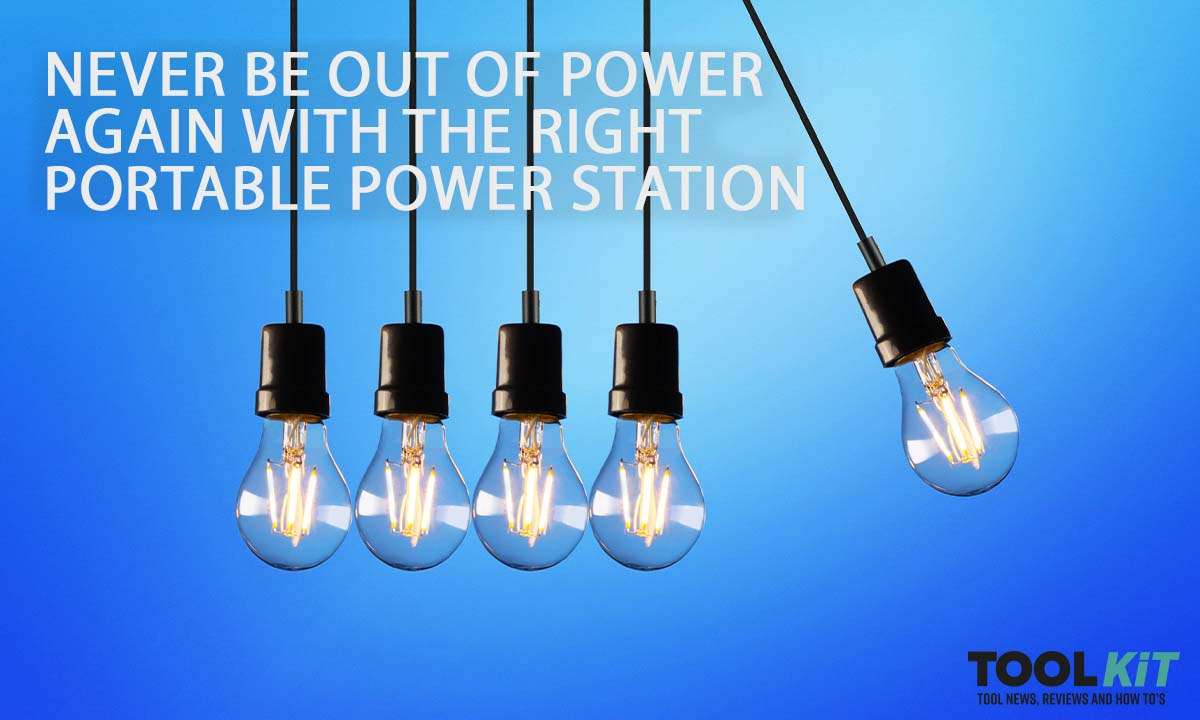 Portable power stations are truly the solution to most of our 21st century problems – in fact, you’d be pressed to come up with a scenario in which they wouldn’t be useful. Phone dead? Working on a domestic job with no mains plugs? Your angle grinder ran out of charge halfway through? Don’t sweat it, your station’s got your back.

In today’s world, power is everything. No, we’re not talking about global imperialism or anything of the sort, but just good old-fashioned electricity. The construction industry is especially dependent on power – think about it, what manual tasks are left from the ye olden days? – and consequently highly susceptible to total paralysis in the case of a power outage.

That doesn’t need to be the case, however. With a portable power station, anyone, anywhere, at any given point in time, can keep working uninterrupted and thus eliminate, or at the very least significantly reduce, their dependency on the traditional grid.

For mobile workers, particularly, portable power stations are true game-changers. Not only does it mean you can work anywhere – yes, even in the middle of the Forest of Dean, if you must – but it also provides you with a reliable source of power that you can take with you from job to job, saving you all the stress and hassle of setting up each time you get to a new site.

Not all power stations are the same, though, and this is an item you really shouldn’t skip the research for. Lucky for you, though, here at TOOLKiT we are always one step ahead and went ahead and did your research for you.

How does it actually work?

Power generators have (thankfully) come a long way since the days of Faraday disks, and today’s portable power stations, also known as battery-powered inverter generators, are essentially oversized rechargeable batteries—about the size of a countertop microwave —that you plug into a typical 110-volt outlet to top off.

How do I choose?

But the question on everyone’s mind is: which one should I get? As with anything, it all depends on your applications, i.e. where you’re going to be using it, how long you’ll be using it, and what type of equipment you’re planning to plug in.

Let’s be honest here and admit that the very first thing we all look for is the cost. However, in the case of power inverters, the prices can vary fairly dramatically, which is why it’s important to understand just what drives this surge in cost on some pieces of kit.

So, while Pure Sine Wave Power inverters, like the Jackery Explorer 1000, tend to sit at the higher end of the scale, they also allow for motors to run faster, quieter and cooler, as you get a better and cleaner output current. This prevents crashes in computers and glitches in monitors, as well as reducing audible and electrical noise in fans, fluorescent lights, audio amplifiers and similar pieces of kit.

Besides being incredibly practical pieces of kit, portable power stations nowadays run quieter than a conversation – if you’ve ever tried to sleep in a campsite kept alight by a petrol generator, you’ll know just how important this feature is. To add to that, most are very conveniently sized, meaning that you don’t necessarily need a van to carry it around.

However, there is one major disadvantage that sticks out almost immediately when it comes to battery-powered inverter generators. Despite how easily rechargeable they may be (some even have solar panels incorporated to charge faster and keep the equipment running smoother), you still need access to mains power to charge them, meaning that you can’t be sustainably off the grid for extended periods of time.

Petrol-fuelled generators like this Briggs & Stratton one, on the other hand, can keep running as long as you’ve got fuel to pump into them. However, while these may give you more consistent power, they are also more dangerous to operate. Not only do you have to keep lugging petrol around everywhere you go, but petrol generators can only be used outdoors, at least 20 feet away from any building, making them more restrictive when it comes to a variety of applications.

Even though they provide users with more flexibility when working off-grid, petrol generators are much more detrimental to the environment than battery-powered ones – though I’m sure this comes as no surprise. They are also less safe to operate, seeing as battery-powered power stations release no fumes or carbon-monoxide.

For all handymen, maintenance engineers, mobile mechanics, builders and so many others, portable power stations have become a truly indispensable piece of kit that has revolutionised the way in which we work. So, what are you waiting for to get one?