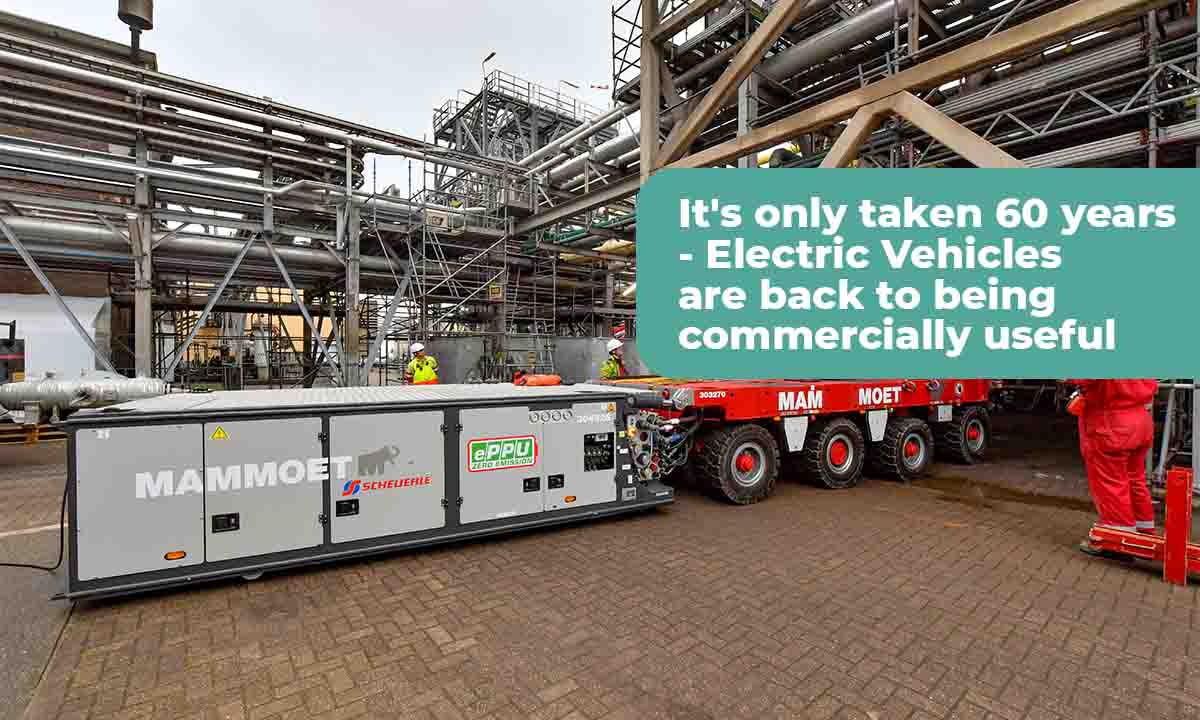 Everywhere you look nowadays it seems like everyone (and their grandmas) are working on the same thing: making commercial electric vehicles as viable and practical as their petrol and diesel counterparts. But where are they? Because they are certainly not out on the road.

EVs have long been the focus of the mass transportation industry, with electric car sales very much at the forefront of the technological impact. In recent years especially, as ‘global warming and ‘climate change’ turned into key terms in the country’s lexicon, the public demand for ‘green’ vehicles reached unprecedented levels.

However, as we are all undoubtedly aware, commercial electric vehicle uptake has been much, much slower than domestic uptake, and this is due to cost efficiency, range and charging speed limitations.

Well, here at TOOLKiT, we like to do our research and we will not let the wool be pulled over our eyes…

Ever since the 1960s (if not before), the UK has had more electric vehicles on the road than any other country – it’s true, we read it on the internet.

Okay, fair enough, they were driven by milkmen, travelled at 7mph and covered a maximum of 40 miles per day delivering the nation’s red top milk – but there it was, undeniable practical electric vehicle use sixty years ago.

So, what’s happened since then? Where did the country’s love for commercial EVs go?

Many of us think that commercial electric vehicle uptake is still slow in this day and age, but here at TOOLKiT we think this is set to change – and quite soon, at that – as technology improves and business owners become more aware of the detrimental effects that running a petrol or diesel fleet has on the environment. While we still need to plug these vehicles into something and generate the electricity in the first place, the practical limitations of specialist electric vehicle applications appear to (finally) be reducing.

The Shell facility produces feedstock – any renewable, biological material that can be used directly as a fuel or converted to another form of fuel or energy product – for a range of everyday applications, including medical equipment, car components and mobile phones.

When a key production vessel needed to be replaced, the customer was keen to look at how this could be done with the lowest possible environmental impact – if you ever needed confirmation that we are indeed living in 2022, this might just be it.

Seeking ways in which new technology can help to reduce – and eventually eradicate – the carbon footprint of its projects is by no means new territory for the company. In recent years, Mammoet has explored many possible solutions, including a partnership with Scheuerle to transition its Self-Propelled Modular Transporters (SPMT) fleet from diesel to renewable energy.

While electric technology is almost old news for domestic vehicles, the sheer force SPMTs are required to deliver in moving heavy items has presented significant barriers to finding an equivalent solution.

Thanks to extensive research and testing, however, this has now become a reality.

The electric Power Pack Unit (ePPU) was used with four axle lines of SPMT operating in an extremely tight area of the existing plant, which meant that there were only a few meters in which to manoeuvre the existing vessel out and drive the new one into position.

In fact, space was so limited that not all SPMT lines could be positioned beneath the outgoing vessel, meaning that it needed to be secured above the front two-axle lines of SPMT, with the ePPU acting as a counterweight to balance the vessel as it was transported. A crane was then used to remove the old vessel and lower its replacement onto the SPMT in the same position. This was then moved back into place ready to be installed and commissioned.

Using the ePPU successfully delivered important benefits for both the project and the company, as Ludo Mous, Operations Director at Mammoet Europe, explains:

“The ePPU is a really important step in how we support our customers with decarbonizing projects. But in this case, the benefits were not limited only to a lower carbon footprint. With work taking place in a highly confined area, we would have been highly conscious of the emissions generated by a typical diesel PPU, and would need to carefully manage operatives’ exposure to it. By using an electric model, we removed this issue completely, whilst also creating a much quieter working environment.”

Clearly, this is only the start of an exciting development for Mammoet and the wider industry – I’m getting all giddy just imagining all the different applications.

Sure, there is still work to be done to ensure electric power is sufficient for use in larger-scale SPMT projects, but it has now been proven beyond a shadow of a doubt that the technology is here and ready to be rolled out.

So, how do you think commercial electric vehicles will become more popular? What does that road into the future look like?